The Magic and Missing.

Thanksgiving break here at Penn State, and all but the international students have left campus.  It's like a ghost town here- even the traffic is manageable!  For the freshmen, this is their first "real" break since arriving.  They get a whole week these days, while we only got Thursday- Sunday.

As the break began, my thoughts went back to my first semester at PSU, fall 1986.  Thanksgiving break was short, and yes, I went home.  I rode home on the bus, one of many with a trash bag full of dirty clothes in their laps.  The bus took me to the King of Prussia station, where my friend Mike picked me up in his brother's Camaro. 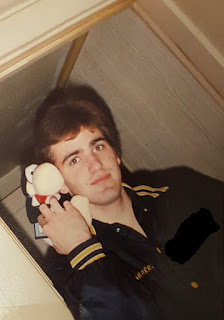 That whole break I was worried about a situation out of my control.  I detailed this situation in my book.  I was sort of seeing a girl I'd met up there, "Judy," but she had a boyfriend who'd graduated the previous spring.  She was seeing him over the break, when she was going to tell him about me.  We'd met already, but now she was telling him that we were fooling around.

Looking back, that semester was a magic time.  Penn State was new to me, and every day I discovered something new: a new building, a new friend, a new experience.  There were football games which were a vast party- a celebration of one thing I'd never seen nor had: school spirit.  Blue and white were everywhere, and we were all so proud.

It wasn't until Christmas break a few weeks later that I learned something.  I was at a New Years party thrown by a few of my friends from home.  There were only four of us.  We played drinking games, but by then my alcohol tolerance had grown substantially, and I was still awake after the others passed out.  I realized how much I missed being up at college.  I'd only been there for three and a half months, but I'd changed.  A lot.  And no one at home had.

I wonder if others reach the same conclusion I did.  Do they do so on their Thanksgiving break now? Do they even feel the same way we did thirty years ago?  After all, things are so very different now, with internet and cell phones.  They aren't as "isolated" as we were.  Back then, long distance calls were pricey, so we made few.  Now a person could call the call the other side of the globe without thinking twice.  We don't get as much snow now as we did then, and the snow also served to isolate us on campus.  The bone chilling cold kept us indoors some nights, and some of those nights are my most treasured memories- memories of just talking with people and learning a little more about their stories. 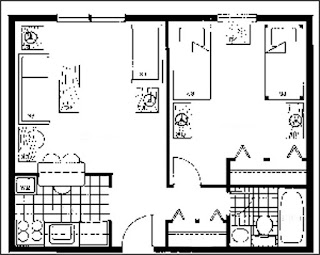 When I returned to PSU after Christmas break, things changed.  One of my roommates didn't return from break; he'd dropped out of school.  However, he continued to pay rent, so that helped.  That left two of us in the tiny apartment.

Also, within a month, I started dating "Judy's" roommate, "Virginia."  Yes, it was a mess.  Looking back, I think one of the reasons I dated her was that I wanted to hold onto that "magic" any way I could.  We broke up a little over a year later, and part of the Pain I felt was because that relationship was, in a way, the last vestige of that "magic."

I remained friends with "Judy," and we are still friends all these years later.  I'd hoped to rekindle something with her, but I burned that bridge when I started with her roommate.  I fell into a deep depression during my last semester on campus, from which, in many ways, I never recovered.  When I left PSU for student teaching in December 1988, I was very ready to go.

I've spent the next few decades wishing it never ended, and trying to understand what happened.  That's why I wrote the aforementioned book.  I also wrote it trying to find the source of the deep Pain I felt in my soul.

A few months after I finished writing the book, I found that source- the secret I'd buried for 25 years: that I was really female.  Transgender.

It's been 30 years since I graduated from PSU with my bachelor's degree; eleven since re-discovering my Truth. 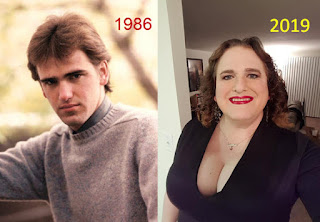 Now I'm back at Penn State: back in State College; a lifetime later.  I'm a very different person from the emotional wreck who received that diploma.  I'm not just 30 years older, I'd like to think I'm wiser.  Since graduation, I travelled extensively, married, had a daughter, buried several friends, and released my darkest secret- that I am Sophie.  I no longer have anything to prove to anyone, except myself.  One of the "benefits" of transition is learning who your True Friends are- and they are my support now.  I rarely go downtown to the bars since returning.  I can count the times I've done that on my fingers and have some left over.

I've met some wonderful new people, most of them far younger than me.  However, the Magic is still gone, never to return.  Penn State will never really be new for me like it was in 1986.  The people I knew are my age and parents.  Some are even grandparents.  Both "Judy" and "Virginia" are married and have wonderful families.  The Penn State we knew lives only in our memories, as it should be.

Everything changes with time.  I certainly have.  While I am again a PSU student, this time for a doctorate, I know that this isn't "my" campus.  It belongs to those undergrads, who are making their own magic and memories, upholding traditions and making new ones.  I'm in a strange place- a part of Penn State's past AND present.  And, like all living alumni and students- part of its future.

Still, I miss the Magic.