On September 13, 2021, I turned 55.  Another year passed, another year still alive.  What did I do?  Well, I worked my one job for a few hours, then treated myself to some lunch (wings and iced tea) at Cafe 210 West.  The owner, noted local musician J.R. Managan joined me for a drink, which was very nice of him.  I also bought myself a birthday gift- a white Penn State Tank top that I couldn't afford, but it's my birthday.  I then went the other place where I work (grocery store) and picked up the free cake they give employees on their birthday.  I then went home for a nap.  That night, I made a steak for dinner for myself and Linda, and had some of the cake.  Also during the day, I spoke to Wife and daughter. 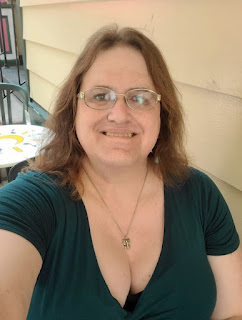 And that was how I spent my 55th birthday.  Quietly.  I didn't tell people at my one job it was my birthday as it didn't matter.  I'm used to people not knowing and not caring about me or my birthday.  With the exception of when I was dating/with Wife, I spent most of my birthdays alone.  Nothing is lonelier than a birthday alone.  However, if a person goes around reminding people about it, they're seen as "seeking attention."  Well, YEAH!  It's nice to get just a little attention on your birthday!  That's why I paid hundreds of dollars to throw my own birthday party a few years ago.

A few of my facialbook friends remarked that a lady never tells her age.  I'm honest about it, because so many transgender women don't live this long.  We get murdered or commit suicide or whatever.  My dearest friend Lisa died at 52.  So at 55. I've survived three suicide attempts, countless deep depressions where I wanted to die, accidents, running into burning buildings, crawling into demolished cars, fights, falls, and God only knows what else.  Yet, still here I am, typing this.  If I had my way, I'd be dead these five years and mostly forgotten. 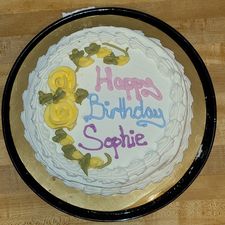 272 people posted on my facialbook page wishing me a happy birthday.  My birthday fundraiser raised $502 (target: $300).  Yes, I am honored by this, and very grateful.

So I'm still here today.  Still studying for my PhD.  Still breathing.  Still crazy after all these years. 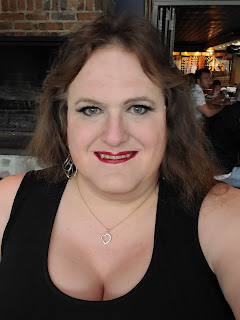