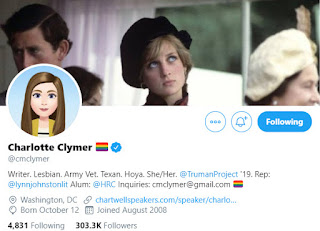 If you don't quite understand what horror the Trump administration inflicted today on transgender and non-binary people seeking medical care and why we're scared, let me tell you a quick story.
[TW: transphobia, trans death]
On the morning of August 7, 1995, 24 year-old Tyra Hunter was on her way to work as a passenger in a friend's car when it collided at an intersection in D.C. -- she and her friend were pulled from the wreckage, and paramedics were called.
Tyra Hunter was nearly incapacitated on the ground when paramedics arrived and began treating the injured. A male fireman cut open her pants consistent with protocol and upon discovering she had a penis, stopped treating her and began ruthlessly mocking and misgendering her.
The firefighter, Adrian Williams, joked with other department personnel while Tyra Hunter continued to struggle for breath. All refused to treat her. Bystanders pleaded with them, one saying (and misgendering): "It don't make any difference, he's a person, he's a human being."
The firefighters--who were also EMS personnel--continued to joke, one reportedly saying: "Look, it's a cock and balls". Her treatment was delayed as none would approach begin to triage, watching her die and laughing. Finally, a supervisor arrived and administered first aid. 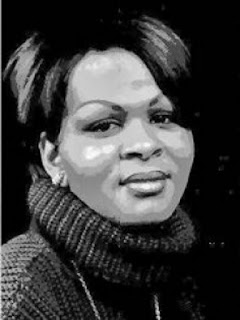 Tyra Hunter
picture source; https://tdor.translivesmatter.info/reports/1995/08/08/tyra-hunter_washington-dc-usa_04a01786
Tyra Hunter's battered body was taken to D.C. General Hospital, where she was bizarrely--and mysteriously--neglected. Blood was ordered but not taken. Tests were supposedly taken w/ results strangely lost.
She was admitted as: "combative transgendered 'John Doe' with breasts and male genitalia, makeup and female clothes". Later analysis showed obvious symptoms of being in hypovolemic shock, and yet, what should have been a direct treatment seemed to be intentionally obfuscated.
Her pulse and blood pressure fell as she lay on a gurney, ignored by the attending physician and other medical staff. She was paralyzed by a muscle relaxant and an expert physician would later testify in court that she would have experienced "sheer terror" in that state.
She had arrived at the E.R. at 4:10pm and died at 5:20pm, virtually alone in a busy room, suffocating from a lack of oxygen in her blood. Post-death CPR and heart massage were administered, by that point seeming like boxes to be checked for paperwork. This was preventable.
At trial, medical experts testified that Tyra Hunter would have had an 86% chance of survival with appropriate medical treatment. A jury awarded her mother $2.9 million in damages for D.C. fire personnel violating the D.C. Human Rights Law and medical malpractice by D.C. General.
This is arguably the most infamous case of anti-transgender discrimination by medical providers. It led to a revolution in transgender rights in the D.C. metropolitan area and became a rallying cry for LGBTQ patients in general.
Because here's the thing: discrimination of this kind is not rare. We don't know how many LGBTQ people have died for being refused treatment on the basis of their sexual orientation or gender identity, but we know discrimination that can potentially enable death is common.  [It's happened to me more than once.  And to many that I know.]
A study by Lambda Legal found 56% of LGB and 70% of transgender patients have experienced discrimination from health care providers, commonly being turned away or refused medically-necessary care because of the medical provider's personal or religious beliefs.
This is already a scary environment for LGBTQ patients, so imagine how it felt last year when Trump and Pence announced through the Dept. of Health and Human Services proposed this regulation stripping out protections for transgender people in the Affordable Care Act.
And not just trans people. All LGBTQ people, folks who are pregnant, and other marginalized communities can be denied ALL forms of medical care by providers if the provider feels treating that patient would go against their personal or religious beliefs. This is all real.  [for example, a doctor could refuse to help a Muslim if they wish.]
The regulation put into effect today by Trump and Pence is meant to pander to religious extremists who feel doctors, nurses--even hospital receptionists--should be able to refuse recognizing transgender patients, even for life-saving care. Heart attacks, cancer, anything.
The rule essentially guts Sec. 1557 of the Affordable Care Act -- the part that says discrimination on the basis of "sex" should include gender identity and sex stereotyping. What is "sex stereotyping"? It's discrimination because you don't "look the right way" for your gender.
A woman who wears more masculine clothing or man who is even a little effeminate. A child who paints his nails or a girl that has a really short haircut. All these people, regardless of their sexual orientation or gender identity, violate conformity society expects for gender.  [say, a woman wearing pants for example]
In theory, ANYONE is vulnerable under this rule, even if they're not transgender, even if they're heterosexual. But folks who are transgender? We will suffer because of this. That's not theoretical. That's not a guess. That's reality, a reality that's now government-sanctioned.
That this is done during a pandemic--during Pride--cannot help but feel intentionally cruel. It is a signal by Trump and Pence that they seek to wipe out trans people from the public square. If they can convince the public we don't deserve medical care, all else is on the table.   [on the anniversary of the Pulse massacre- an extra twist of the knife]
They want to allow doctors and nurses and other medical personnel to look a trans patient and say: "Treating this person goes against my beliefs, and I will not."
This rule attempts to make that legal.
Trump and Pence will not stop with health care. This is just the start. Other protections are being stripped away. They are coming after trans people with everything they've got. And when they've convinced the public this is all fine, they'll come for others, too. Guaranteed.  [who's next?  Muslims?  Latino children are already in camps.]
This election in November is not theoretical on any level for transgender and non-binary people. Our future--every bit of it--is on the ballot. We have to defeat Trump, and we have to take back the Senate.
So, you're a cis person asking what you can do? The following:
1. Register to vote. Now. Don't wait.
2. Support pro-equality candidates who believe health care should be available to all people. Vote for Biden. Vote for Democrats. Don't play around with this.
3. Support trans advocacy orgs, esp. for Black trans folks  [emphasis mine]
I am scared. Trans and non-binary people are scared today. LGBTQ folks are generally scared today. We need you to step up and realize that lives are literally on the line in this election. They want you to be distracted and forget and become complacent. Don't.
************************************************
Thank you Charlotte.
Posted by Sophie Lynne at 10:29 AM